The boardroom can be a cutthroat place, and although the dynamic of many organisations is changing, the makeup of the board is seeing a slower evolution, particularly in terms of gender.

A study carried out by Citrix Sharefile recently looked at female representation in boardrooms in the US to fully gauge where women had opportunities to fill the top jobs.

Examining the top 100 cities, there were some interesting results, although perhaps not surprisingly the east coast came out largely on top: 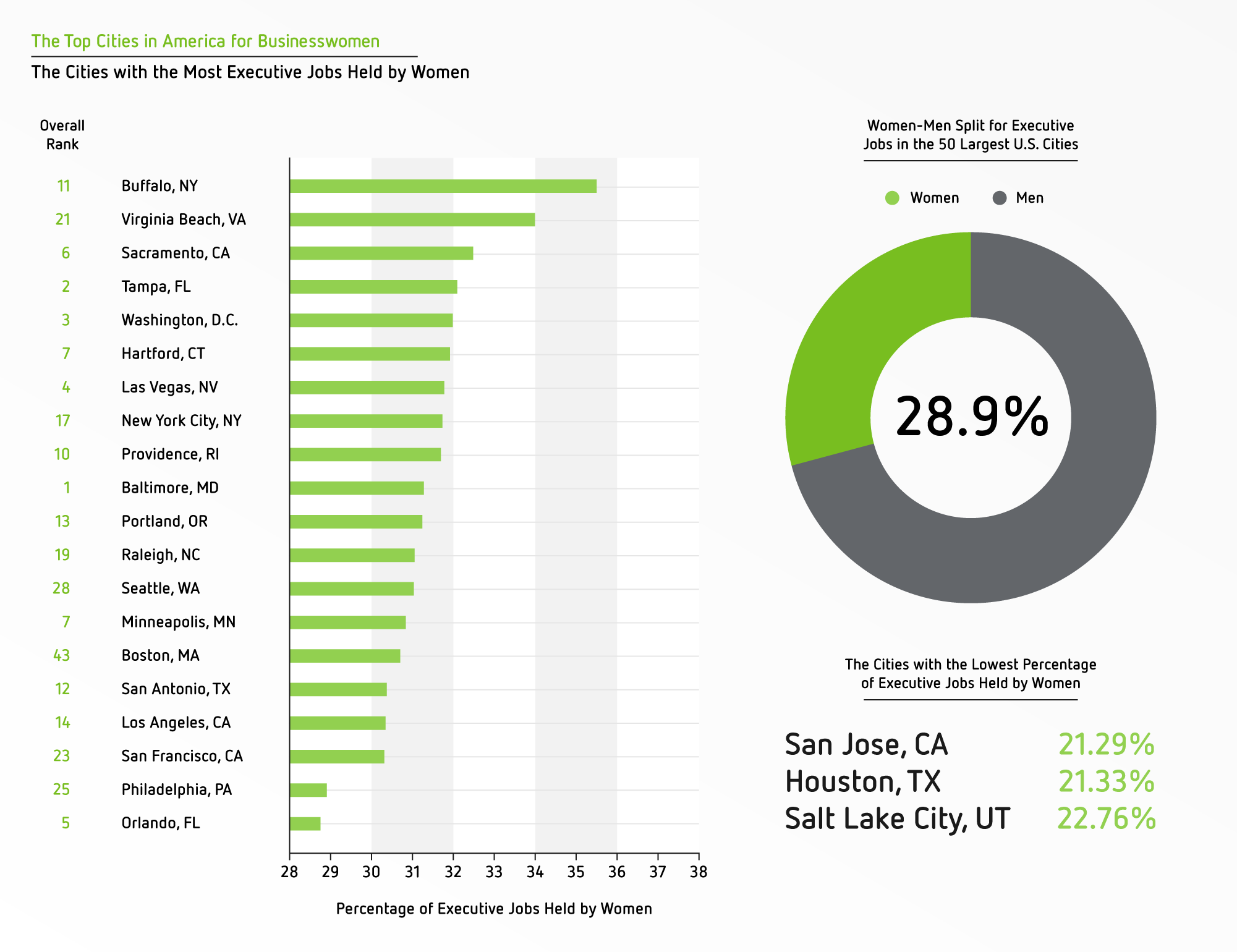 In comparison to the number of female CEOs (link to Part 1), which revealed that just a fifth of organisations in the US are owned by women, the proportion of executive positions being occupied by women is slightly higher.

However, even the city with boardrooms having the highest female representation, Buffalo, is still only seeing a third of its positions filled by high-ranking women execs.

We’ve seen how the EU has established guidance to ensure greater female representation at boardroom level, with a certain degree of success, but is it a model that can be rolled out globally, or something that needs to be addressed at local or even organisational level?

There is no doubt that the business dynamic is changing, and there is the possibility that new routes of progression are being implemented across various businesses, enabling women who may currently be in junior roles to more quickly advance to higher positions, which could see the above chart change significantly in ten years time. It’s definitely worth watching this space.