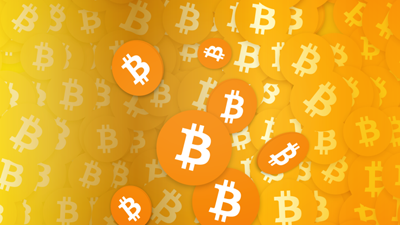 A colleague of mine sent me a link to an article about the new commercial & financial technology “Blockchain” asking me if this would rapidly change the way the international supply chain (in particular the financial aspects) operates.

I for one am totally unconvinced, please feel free to read and comment, particularly anyone with first hand experience of Blockchain which would be gratefully received.

MY VIEW: It’s great to get a debate going about Blockchain, but I am very sceptical that based on what we now about banks and risk management at this very immature stage that we will see an overnight surge to adopt this infant technology; the term Blockchain and the notable funding projects to develop Blockchain have only been around since 2014 and it’s logical to assume that it will be some years before a group of banks is willing to put sizeable volume of critical transactions with counterparties for high value transactions through a ‘Cryptocurrency’.

After writing this blog, I also found this very sobering counterview which really strips out the mystique behind the hype.

I also think that there will be a huge gulf between the risk appetite of bank shareholders & executives and those ‘Blockchain technologists’ who (not being wallet holder or answerable to shareholders & regulators) will no doubt be pitching ambitious applications for the technology as hard as they can.  It’s easy enough to see how cautiously and frustrating that more technically contemporary products such as SWIFT for corporates, SEPA, Smartphone Payments have taken to come to market; so imagine how challenging it will be to mainstream something less than 2 years old which proposes to replace decades old secure payment & messaging infrastructure.

The first challenge is how will anyone who is not technically advanced in these matters get comfortable with the security and integrity of such ‘currency’; there would need to be a long series of credible non-financial product successes in wide public use before the banks would ever use them in settlement commerce. Having said that, some of the applications mentioned in this article sound very exciting and should be pursued as effectively as possible.

They have large tax friendly R&D budgets and no doubt its in their interest to hit ‘gold’ which as global players enables to lead the field ahead of not only other banks but governments and most corporations. My biggest doubt is that this will eventually (or ever in our working lifetimes) be deployed in banks outside the digitally developed world whether it be for payments, interbank settlement, securities etc. as they would never have the finance to embrace this technology; therefore I do not believe that it will not change long established trade objects like Letters of Credit overnight on a global basis.  We’ve been here before with ‘game changing’ products such as Bolero which after many years have failed to overcome their promise to shorten the trade finance working capital supply chain other than for highly commoditised products.

I  find myself unable to subscribe to the Supply Chain ‘big bang’ theory in the article, which is a great piece about technology but fails to appreciate the challenging and often counter intuitive way in which day to day international trade operates. It is not in the interest of banks & governments in certain countries to be involved in something that makes settlements quicker and more efficient;  even where a desire for efficiency exists, this is a complex technical area for people to grasp much less to apply to trading & banking transactions between developed and non-developed regions.

One thing that is clear that this subject will gain a lot of traction and therefore we need to keep up to speed with what is happening in the world of Blockchain development – it would be nice to republish this article in five years time and see how much things have progressed.