India’s growth is the global economic story of the next 20 years. But it won’t be straightforward. And anyone eyeing its huge potential must be able to navigate the country’s scale and complexity and understand the intricate forces of tradition and modernity, shaping the world’s fastest-growing large economy.

India is at once ancient and modern. Indus Valley civilisations can be traced back more than seven millennia and the Vedas (religious texts that form the foundations of Hinduism) date from around 1500 BC. Travel into the hinterlands of this vast country and you’ll find yourself among millions of acres of farmland still tilled and tended much as it has been for centuries. Tradition is pervasive. Caste and creed continue to dictate job and marriage prospects.

At the same time, it’s a young nation, declared independent 72 years ago as the sun set on the British Empire and three hundred years of colonial rule. India’s population is young. In 2020 the median age of an Indian will be just 29 years. The demographics of India, which experienced a population explosion in the 1980s and 1990s, mean it is home to the world’s largest cohort of millennials. The children born at the moment of Independence were famously dubbed “midnight’s children” by the Booker-bagging author Salman Rushdie. “Midnight’s grandchildren” are the offspring of India’s most recent reinvention. India’s millennials — there are 440 million of them — have come of age in the years since 1991 when the country embarked on a period of reform and economic liberalisation. The past quarter of a century has seen sustained economic growth and an era of relative abundance and opportunity that contrasts starkly with the scarcity and austerity that blighted the lives of earlier generations.

In western economies, a series of political, economic and social revolutions over the past 70 years meant each generation experienced incremental change and newfound opportunity. In India the delta of change is unprecedented.

To succeed in India, you need to understand this generation and its ability to balance tradition and modernity. On the surface, India’s young urban populations share many characteristics with their peers in other parts of the world. Stop for a mocha frappe at Starbucks in Gurgaon, a hi-tech satellite city on the borders of the national capital New Delhi, and you’ll find yourself surrounded by hordes of brand-savvy, millennials Snapchatting, surfing Tinder and placing food orders on mobile apps such as Swiggy and Zomato. The booming economy means they earn salaries that few of their parents could have dreamed of. On a Friday night across the road in Cyber City Social, part of a chain of bars, they let their hair down to a soundtrack that puts local Bollywood movie hits alongside Ed Sheeran’s ubiquitous schmaltz.

But, scratch the surface and you’ll find a generation struggling to define its place in a rapidly changing world. Old certainties are crumbling, and an avalanche of previously unavailable choice is playing havoc with the idea of ‘loyalty’.

All institutions — from family and marriage to workplace and brands — are being disrupted. The foundations on which those organisations are built were crafted in a previous era where hierarchy prevailed, command and control were the workplace modus operandi and lack of alternatives limited consumer choice. Young people were not traditionally allowed autonomy or discretion.

Now India’s aspirational and worldly-wise millennials are demanding change and pushing boundaries in many aspects of life while in others they cling to the past and fear being ostracised. Despite 25 years of ‘liberalisation’, 85 per cent of marriages are still ‘arranged’ unions. Identities are in flux.

A breed of young entrepreneurs and brand owners are launching or reinventing brands to appeal to the Indian millennial mindset. Some have figured that helping people navigate the swirling changes can be a powerful part of their brand proposition.

Royal Enfield is a case in point. Its phenomenal success in the past decade can in part be attributed to the re-engineering of its product to better suit smaller, lighter Asian body types. More fundamentally it reflects owner Eicher Motors’ aptitude for responding to the Indian millennial’s desire for freedom without rebellion. A Royal Enfield is much more than a means of transport. There are cheaper ways to get around but few that have the same street credibility. Owners’ clubs and regular meets provide a strong sense of community — still an important factor for many Indians. The reward is a massive uptick in sales and a share price that has skyrocketed.

India, like many emerging markets, lacks intermediaries that reliably bring together buyers and sellers. Creditmate is a fintech start-up filling a gap there and in doing so is shaking up the loans market. It’s serving the needs of new-to-credit customers and formalising the second-hand market in motorcycles. Double disruption. Pepperfry, an online furniture retailer, is putting choice in the hands of young people as more and more set up homes independently as part of India’s mass urbanisation. ‘Happy furniture to you’ says its tagline. Food app Zomato, one of India’s home-grown unicorns, is now valued at $2.5 billion and expanding internationally proving that what you learn in India can be applied elsewhere!

In the workplace, a growing band of reformist executives are upending traditional systems. They’re recognising that a job for life holds less appeal than it did in the past and that to attract the best and brightest, tenure cannot trump performance.

Such change — particularly when it’s so intense and at such a scale — meets stiff resistance from the old order. But the numbers are compelling. A million young Indians join the workforce every month and create demand for a host of products and services. Albeit in fits and starts, they are reconciling tradition and modernity in ways that are uniquely Indian. Given its size, what happens in India is set to have a profound effect on the rest of the world. 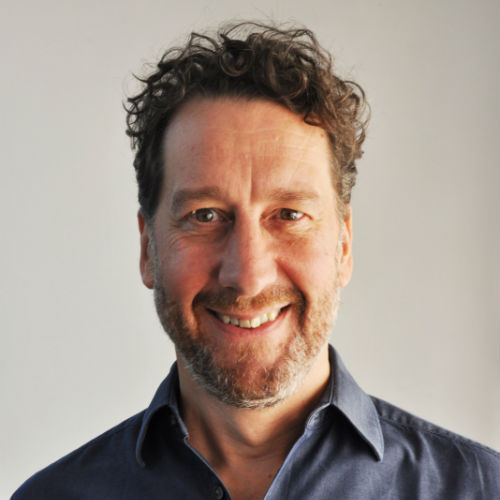 Mark Hannant is the Co-Founder and Managing Director of Magenta, a creative agency that prides itself on being fresh thinking.

In 2009, in search of adventure, Mark Hannant swapped London for Mumbai. He is the author of ‘Midnight’s Grandchildren: How young Indians are disrupting the world’s largest democracy’ (Routledge 2019). He has appeared in two Bollywood films.