I am part of a team whose members are in the UK, the Netherlands and Australia. We have been in the same room only once, but we are perfectly aligned; we communicate regularly using different types of technology; we share clear targets, a common understanding of our behaviours, we enjoy talking to each other and there is real empathy, which makes up for social distances. It is a very successful team.

Teams working in different countries are more and more common. These teams offer expertise from around the world combined with local knowledge; they exploit the benefits of diversity, bringing together people from different cultures, work experiences and views. All this helps multinational companies compete in the global business environment.

This article will deal with some best practices which make global teams successful.

Routine is necessary when team members see each other so rarely: it gives structure and identity. The leader of a global team should find ways and times for all team members to communicate together and insist that no one misses virtual meetings. If members of a dispersed team start feeling they are missing out on important communications, the team will soon collapse.

Global teams should also decide which communications they will use and when. Teleconferences are a great way to connect, but they pose a timezone problem because some members need to connect at very antisocial hours; it is a good idea to rotate connection times, so it is not always the same members who stay up at night. Traditional e-mails do not pose these problems, but they lack context. A savvy team will have a strategy to employ several means of communication to suit different purposes and occasions; this also helps to reiterate and reinforce messages.

The perception of deadlines and timing can change from culture to culture. To someone, the sentence “I’ll meet you at 15.00” implies that 2 minutes after 15.00 is too late. To others, the same sentence means “between 15.00 and 15.30”. If you are the team leader, make sure you communicate times and deadlines in a way that the message means the same to everyone.

Organisation structure needs to be clear, so everyone knows their role and the importance of what they do. Members of global teams operating in the periphery will have a different perspective of the tasks and might start to believe that other team members do not understand their local needs and peculiarities. To prevent this, there must be plenty of time for feedback: all members should be allowed to express their opinions, agree or disagree, so no one feels left out.
Which brings us to the next consideration.

Disagreeing with a senior person is okay in most Western countries, but a lot of people coming from Eastern cultures will find this hard to do. Even asking a senior person a question may be a big barrier for someone.

A team leader should promote sensitivity to differences while envisaging bridges to overcome them. All members of a global team should be encouraged to take a step back, refrain from judging, and watch, listen and ask; in this way, everyone is a teacher and a learner. This will also empower team members, encourage them to be proactive and give them more responsibility for the development of the project.

Cultural stereotypes should be discouraged. There is always a certain amount of truth in them but thinking that someone is one way or another because they are British or Japanese is wrong: people are first and foremost individuals and ignoring this simple truth can cause frustration.

Allow for some unstructured conversation … “How are the kids?” … “How is your new car?” Team members in an office get chances to have a light conversation around a coffee machine. This is important in team building, and global team members should feel they have chances to do this, too.

Sometimes, team members are lucky enough to share one language they all speak well, but this is not always the case.

There needs to be one common language but, if there are big differences in language skills, the more fluent speakers should slow down their speaking pace, use fewer idioms and generally consider the language differences when addressing the group. Everyone should always double-check that comprehension has been achieved.

Again, structure can help: giving everyone the same rules will reassure less fluent team members that they will have their speaking slot and their propositions will be heard.

Swapping and embedding team members between offices is the best way to learn about each other and also a great team-builder. Being present and immersing oneself across country offices not only builds strong relationships but effectively aligns cultures and values. Skype and other online tools are great to communicate at the drop of a hat with team members and clients anywhere in the world, but physical presence still has a far bigger impact.

The difficulties of doing this are normally of a personal nature: adapting to a new environment, coping with the change of culture and often climate, having to fit in and create a whole new structure of relationships, missing one’s natural surroundings. All this can put a lot of stress on embedded team members but, where this has been tried, it has always brought greater understanding of how other team members work, deeper comprehension of the project and enhanced contribution with more chances of success for everyone.

Ultimately, the key to success in global teams is working hard towards a culture of inclusion, mutual respect and attention to local cultures. The success of the project must be the ultimate goal of all members, but the globalisation of the project requires the localisation of issues. 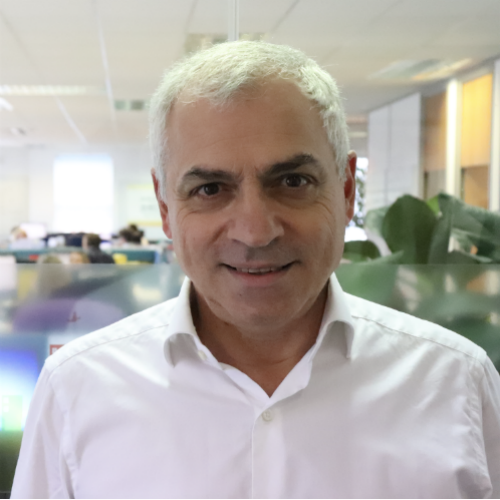 Giuseppe Baggiani is the knowledgeable and experienced Head of Digital Marketing and European Business Development at Broadley Speaking.