Obligations That Must Be Met When Starting a Business in Spain

When starting a a small business in Spain, there are some legal requirements that are often missed but need to be explained to the potential investors and fulfilled by all kinds of companies. These obligations are the legalization of the accounting records and other company’s documents which is compulsory as established in the Spanish Commercial Code.

But not all the accounting records must be legalized. The obligation is for the journal, the inventories records, represented by the quarterly or monthly trial balances, and the annual accounts, once issued by the Directors but prior to their approval by the shareholders at the annual meeting.

If the company has only one shareholder, any contract between them must be included in a record which is also compulsory and must be legalized: the book of contracts with the solely shareholder.

Another record that must be legalized is the shareholders record, where all the shareholders with mention of the number of shares owned by each one of them, and their data including their name, id number (being entities or natural persons) and address must be included. This book has to be legalized only if any transaction is carried out. If no changes in the ownership of the shares has happened, there is no need to legalize it annually.

In the old days, all these records were kept in paper books, but now that all records and minutes can be managed electronically, the legal framework for legalizing accounting records has been adapted to it, so the legalization of paper books has disappeared, and the only possibility to legalize is in electronic files. The term for legalizing the records is four months after the last transaction recorded, so for natural years, the term finishes on 30 April, after the closing date of 31 December.

In order to accomplish the obligations of legalizing, the House of Companies has set up a web page to which files can be uploaded and will be signed electronically in order to validate the information, with it not being possible to modify the details afterwards. In this way, the legalization process assures that the information is not violated and can be used as evidence for multiple goals, as in courts or tax audits, where they are usually required by the Tax Authorities in order to compare the accounting records with the information included in the tax forms.

Nevertheless, if any record is not legalized in time, there are no sanctions of any kind, with the only problem for the company being that the record cannot be used as a method of evidence, which can be very problematic if the company has to file for bankruptcy as one of the first requirements is that all the records must be legalized in order to be presented before the Court to start the legal procedure for bankruptcy.

In the end, the legalization of records is an obligation that is not very common in many countries, but in Spain is a compulsory procedure that must be done annually by all companies and their fulfillment is not problematic unless the legalized records are needed for evidence before court or other authorities. 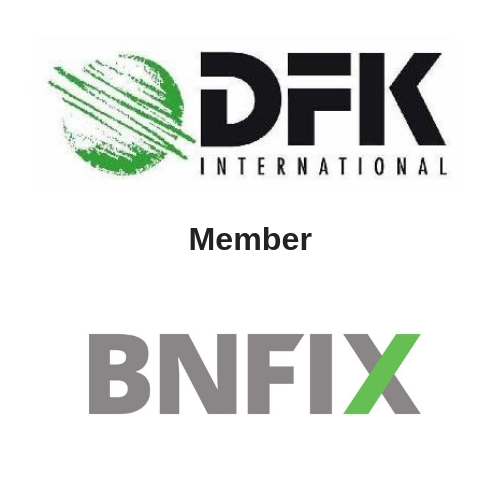 BNFIX provide professional services in the areas of audit, legal and tax consulting, labour and human resources and are proud to be independent members of DFK International.