Italy is an anomalous case among the developed countries because for a quarter of a century it has been the country with the lowest growth rates. The reason, according to the generality of economists, must be traced back to the difficulty of adapting the public administration and the productive structure to the challenges of globalization, technological innovation and the single currency. This anomaly, which in the long run risks making the public debt difficult to sustain, can help to understand why the anti-system forces, which have also reaped successes almost everywhere in the West, have been the majority in the last Italian elections.

It also helps to understand the economic policy dilemma facing the country today. The link between the economic crisis and the success of anti-system parties cannot be mechanical, but it is evident that these same parties have denounced the many aspects of a deteriorated social condition and that this has been the key to their success.

But the perception of voters – certainly those who voted for anti-system parties – is exactly the opposite. According to them, at the origin of the troubles there are not any reforms missing, but rather the reforms made, together with the threats arising from globalization, technological innovation and immigration.

The problem is that Italy is in the middle of a ford: the economic and social costs of the reforms have been experienced, but the results in terms of income growth, employment and the quality of work are still weak. The temptation to go back, or to close to Europe and globalization, is therefore very strong, but on this path the crisis would screw dangerously, the social situation would get worse, the state of public finances would become even more precarious.

“Globalization”, i.e. the global integration of real and financial markets, the process of European integration, which culminated in the introduction of the single currency and the change in the technological paradigm, brought about by the new information and communication technologies have changed in depth the competitive context in which Italian SMEs operate.

The SMEs are regaining the global economic and production scene and become the new protagonists of growth and development. What changes profoundly, however, is the management of SMEs who, forced to face greater uncertainty both on the strategic and operational level, find themselves in need of specific business advice.

Hence the new demand for assistance with greater value added content that chartered accountants have the ability to intercept immediately, being the first trustees of the entrepreneur.
The analyzes available on the subject show a strong attention from the category with respect to an evolution of the profession in the sense of business consulting, management control and management consulting.

The most recent surveys seem to confirm the 2017 figure that only sees one out of five chartered accountants working in the “court area”. To complete the picture of the possible “specializations” of the profession, it is interesting to report the other data, in particular those related to professionals dealing with securities and real estate executions (6%) or who are mediators (9%).

To these must be added, of course, the professionals who carry out the activities of statutory auditor and/or legal audit of the accounts: (48%), the auditors in the local public bodies (17%), the tax dispute (56%), the contractual advice (44%), corporate consultancy (56%), business consultancy (29%), work advice (20%), subsidized finance (19%), business administration (20%), administration of assets and assets (44%), social budgets (18%), personnel administration (14%), appraisals, evaluations and opinions (49%) and extraordinary transactions (40%).

These are some of the activities of function and/or specialized consultancy that the category oversees with high competence and absolute recognition from the Italian market and which represent a clear first matrix on which to set the theme of professional specializations, certainly central in the future of the profession of chartered accountant also in Europe. 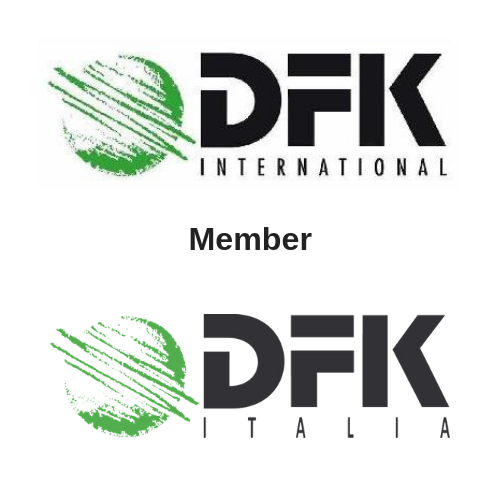 With the aim of DFK Italia being to provide high quality services to clients through experienced and committed professionals, the organisation is proud to be a DFK member.

For over 40 years DFK Italia have offered their clients their staff’s experience and wide range of services, which include due diligence, accounting, statutory and international auditing and the evaluation of internal control systems.