The Changing Tax Landscape in Canada

The Canadian Federal Government began to introduce tax changes in 2015 and 2016 around the taxation of small businesses in an effort to prevent corporations from multiplying their ability to take advantage of the small business deduction. This deduction allows a Canadian controlled private corporation to be taxed at a low rate of tax on the first $500,000 of active business income. Taxpayers were just getting settled with these changes when the Federal government introduced a second set of changes that were considered by many to be the most significant tax changes in the last 25 years. This second wave of changes was focused primarily on preventing higher income individuals from structuring their affairs to enable the transfer of income to family members that are in a lower tax bracket.

Canada’s individual tax system is a graduated tax system that taxes individuals at a higher rate as their income increases. The rates start at 0% and increase to in excess of 50% (53.5% in the province of Ontario) once taxable income exceeds $220,000.

Some of changes over the past two years can be summarized as follows:

Firstly, Canadian Controlled Private Corporations will no longer be eligible to claim the small business deduction on income derived from a corporation that is owned by a related person. There is no diminimus on the percentage ownership by the related person. To the extent that income is derived from a corporation with related shareholders, the $500,000 small business deduction must be shared among the corporations.

Thirdly, where an individual is not actively employed by a corporation and is related to the person that is a shareholder and actively involved in the business, a series of complex rules were introduced that will make any income derived by the non-active individual from the corporation or partnership subject to tax at the highest marginal rates.

Using a simple example where a father owns voting control shares of a company and a family trust, having children as the beneficiaries owning the common, dividend paying shares. Under the former rules, if the children (the trust beneficiaries) were at least age 18, dividends could be paid to the children and taxed at their marginal tax rate. This was often set up to fund education costs for children attending university. Under the new rules, these dividends paid to the children will be taxed at the highest marginal tax rate rather than their graduated tax rate.

There are a number of complex definitions and rules that treat family between age 18 and 24, 25-64 and 65+ differently depending on how active they are in the family business. Practitioners are still wading through these rules in an effort to determine what income will be subject to the high tax rate going forward. 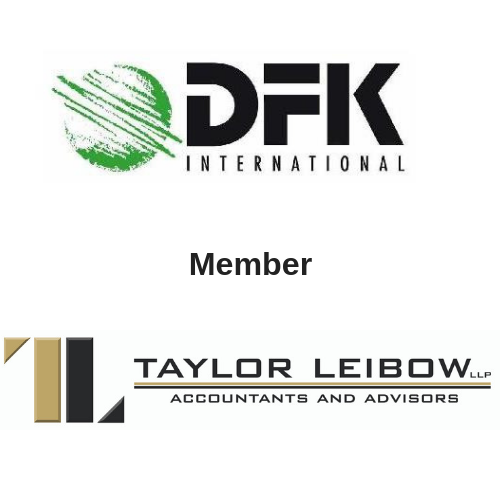 As an association that has been exceeding the needs and expectations of clients for more than 70 years, Taylor Leibow LLP are proud to be DFK members.