Business Culture in the Czech Republic

>> Business Culture in the Czech Republic

The Czech Republic’s economy has, on the whole, performed very well since the structural and political changes of the 1990’s. Although growth stalled after the banking crises, it seems to have returned through a combination of public expenditure and direct foreign investment. Key indicators such as inflation and unemployment levels show reasons for optimism going forward.

The Czech Republic also scores very highly on many key indictors around ‘well-being’ with personal security, work-life balance, education and skills scoring particularly strongly. In all, the country seems to have come through the transition from Soviet satellite state to modern social economy much better than some of its Central and East European neighbours.

These factors lead us to conclude that the future of the country is bright and that doing business in the Czech Republic probably makes sound commercial sense. The economy is relatively strong, the country is geographically well-positioned, there is an educated workforce and a buoyant consumer culture – all the ingredients would seem to be in place for you to make a success of the Czech market.

However, as with all new markets you really need to do some research before you start to make any plans and it is important to take Czech business culture into account. For example, generational issues will come into play when starting to work with people in the Czech Republic. Are you dealing with people who were educated and worked during the former Soviet era or are your contacts younger professionals raised in a completely different period? Approaches to business can differ significantly between these two groups – and that’s just one of several cultural issues you should understand in advance of starting any business dealings in the country.

This country profile provides an overview of some of the key aspects of Czech business culture in a concise, easy to follow-format. The document includes information on: 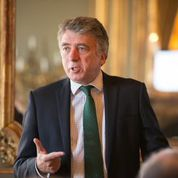 Keith Warburton is one of the world’s leading experts on the commercial impact of cultural differences on global business.